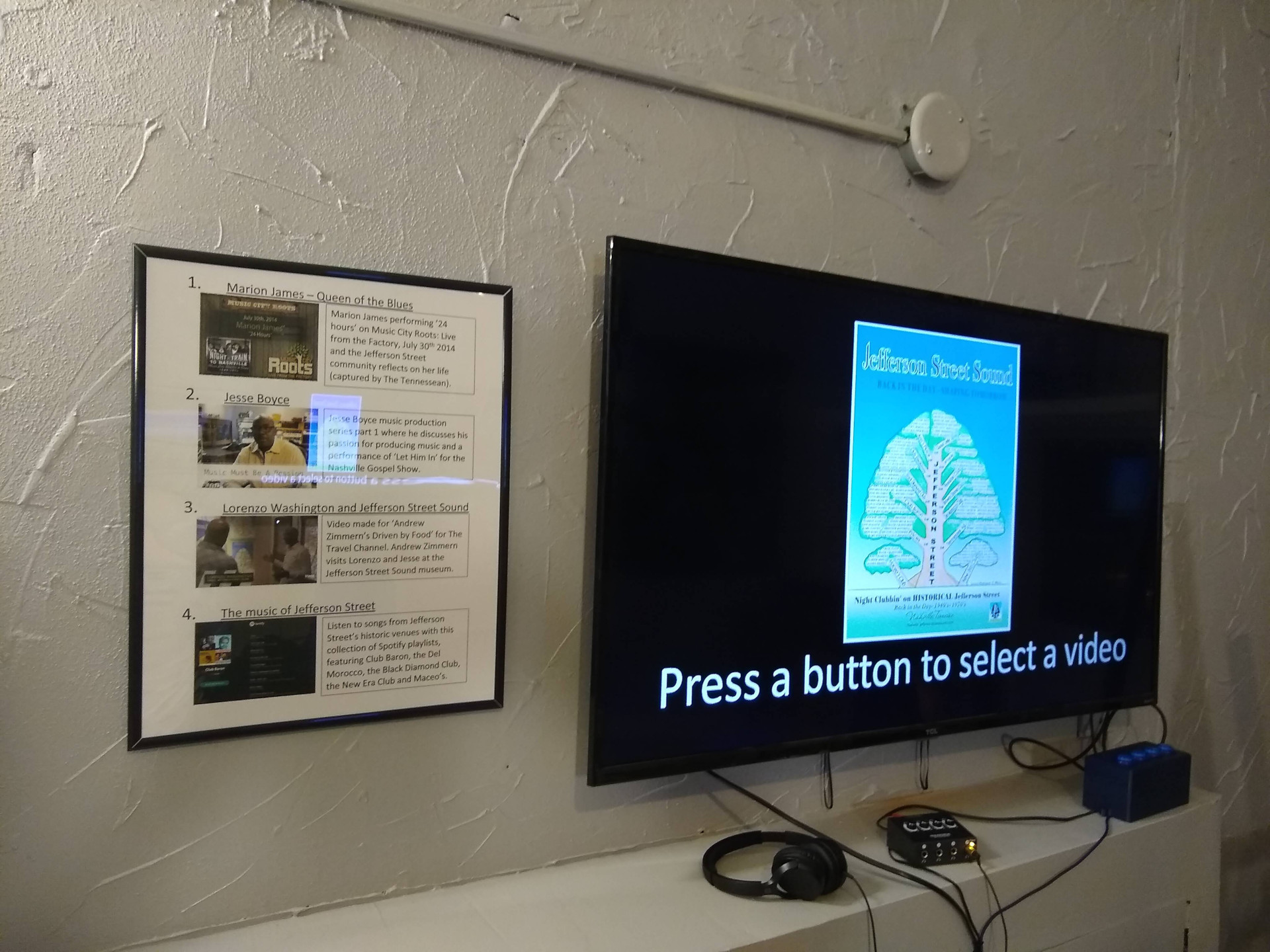 Previously, I described how to build a dedicated video player using a Raspberry Pi Zero – a small, very cheap (~$10) computer and a set of physical buttons to switch the active video. The Pi Zero works for 1080p HD video. If you want to use 4K video, you'll need the more powerful Raspberry Pi 4, which sells for ~$35. It could be useful for museum displays, art or science projects, and other scenarios where visitors can choose from a selection of short videos.

In this article, I'll cover how to install and configure the software and load the videos onto the player.

The image at the top shows it set up at Jefferson Street Sound Museum in Nashville, Tennessee. The video player is the blue box in the bottom right, with the four video selector buttons on the top in light blue. The smaller black box to its left is a headphone amplifier.

Install the operating system, boot the Raspberry Pi, and log in 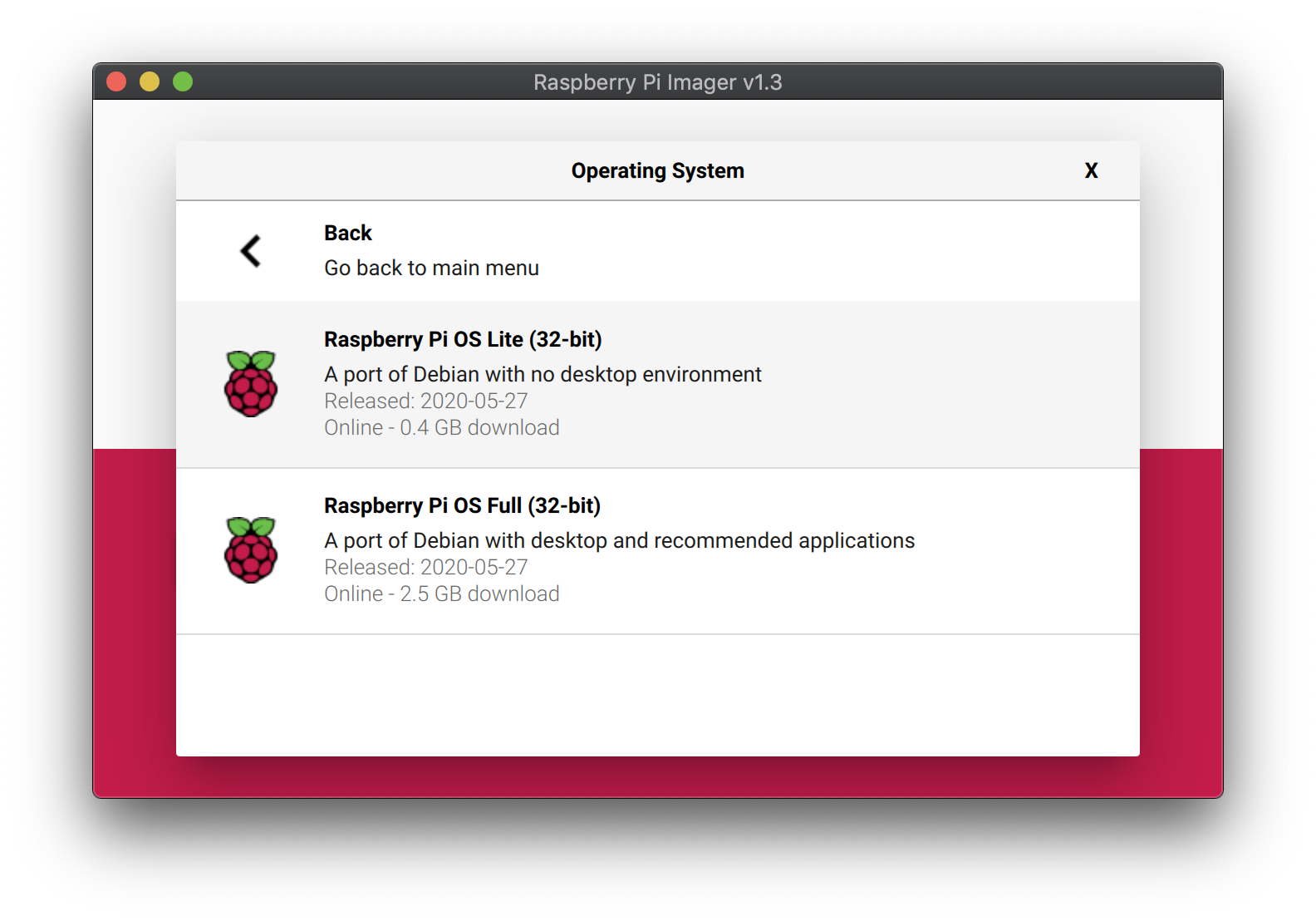 When the microSD card is ready, place in into the Raspberry Pi, connect the Pi to a monitor or TV and a keyboard, and turn it on.

When the system has booted, you'll see a login screen. The default username is pi and the default password is raspberry. Enter those details, and you'll be logged in and see a command prompt.

We'll need to use Raspberry Pi's OMXplayer, which has hardware acceleration; a necessary feature to get smooth video playback on the Raspberry Pi.

I've written a small, free (MIT licence) Python video player called rpi-vidlooper. It is a wrapper around OMXplayer which handles the button interactions and video selection. rpi-vidlooper uses button callbacks and thread locking to avoid issues where multiple buttons are pressed quickly (someone is inevitably going to try that in a museum setting!).

First, the software dependencies must be installed:

This creates the vidlooper command. For usage help, see:

You'll might run into a couple of permission problems when you first run vidlooper - see the Troubleshooting section below. But first, we need to load some videos onto the Raspberry Pi.

Videos should be in h264 format (.mp4 extension) in order to benefit from hardware acceleration. 1080p resolution is recommended. The Raspberry Pi Zero probably won't work with a higher resolution, however, if you're using a Raspberry Pi 4, you could use 4K video.

Videos will be played in alphabetical filename order. Thus, you can reorder them by prefixing their filenames with 1, 2, 3 and 4.

The easiest way to load videos onto the player is using a microUSB-USB adapter and a USB memory stick. You could copy the files onto the SD card, or leave the USB stick attached.

The latter is useful if you want to allow non-techies to change the video roster - they simply turn off the video player, replace the videos on the USB stick on a PC/Mac, and replace the stick. In the case of leaving the stick attached, you'll need to configure the USB stick to automatically mount on boot.

The website Raspberry Pi Spy has information on how to mount, unmount, and automatically mount on boot for a USB memory stick.

The vidlooper --help command will show you the available options. I've reproduced them here for convenience:

RuntimeError: No access to /dev/mem. Try running as root!

By default, you'll need to run sudo vidlooper, to gain access to the GPIO pins and the graphics card (GPU) for omxplayer. Generally, this is not recommended.

To avoid this, the user you want to run the vidlooper as will need to be in the gpio group. For example, for the pi user, you'd need to do this:

See the OMXplayer page for a fix to this problem.

Set up automatic login and start the video player on boot

There are many ways to get a program to start on boot, but here's a simple one:

At the end of that file, add the video player command, editing the options as needed:

Save and close the file. When you reboot your Pi, the video player will start automatically.

In a previous post, I covered how to build a Raspberry Pi button-based video player from cheap hardware. Here, I've shown how to set up and configure the software to run the player. 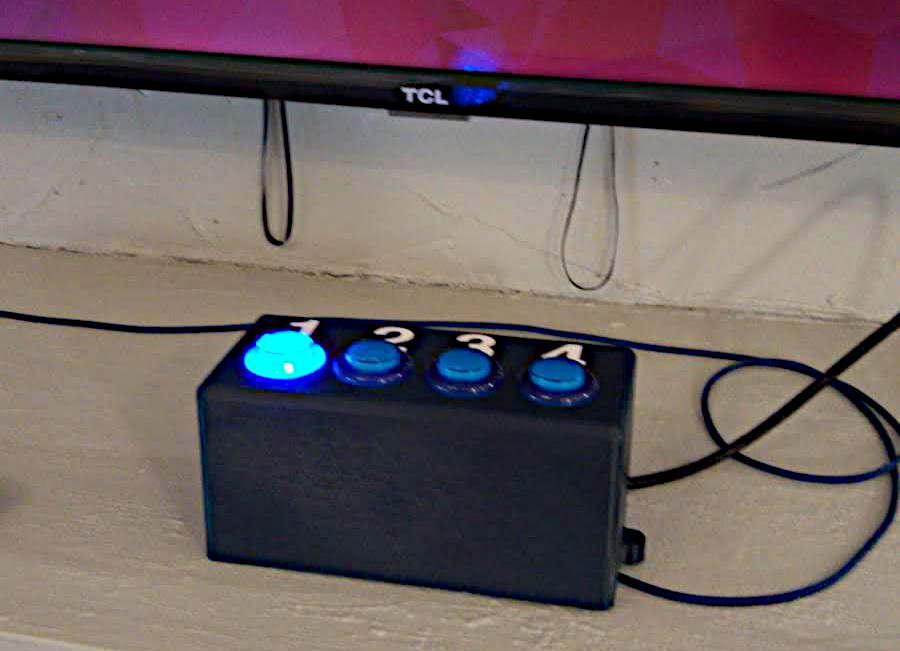